Just finished painting this N-scale NS AC44C6M, though as long as these "sonic bonnets" have been running around (a couple years now, I think?), I'm sure I'm nowhere near the first. It's actually a Kato AC4400 that I stripped down, as will be the other C6M's, since as far as I've been able to tell, they are cosmetically identical except for one vent behind the dynamic brake compartment that's in a slightly different spot and the PTC antenna, which I added. The next to join the herd will be the SD70ACC in yellow and gray, providing I can be successful in mating an SD70 body with a SD70ACe nose, AND moving around and modifying at least three major pieces of detail. I've got both parts of it all stripped down and ready to cut on, so we'll see what happens.

After that I've got two more AC44C6M's in two different black/gray schemes similar to this blue one, and then an AC44C6CF, which is cosmetically identical to a C44-9W, so no body mods needed on any of those. I knew masking that lightning stripe was going to be tricky on an N-scale model, so I tackled this one first to figure out how to do it right. And hey, I only had to strip it back down and start over once. The hardest thing remaining now is all the kit-bashing for the SD70ACC, so I'm about to get that out of the way too. Then the other three should be smooth sailing.

Oh...I also did just a tiny bit of grinding (super easy install, actually) and stuck an ESU Loksound 73100 in this guy, as I will in the others, though it looks like I'll have to do a bit more cutting on the Athearn SD70 frame than I'm having to do on the Katos. Looks good, sounds good, runs good. What more can you ask for? 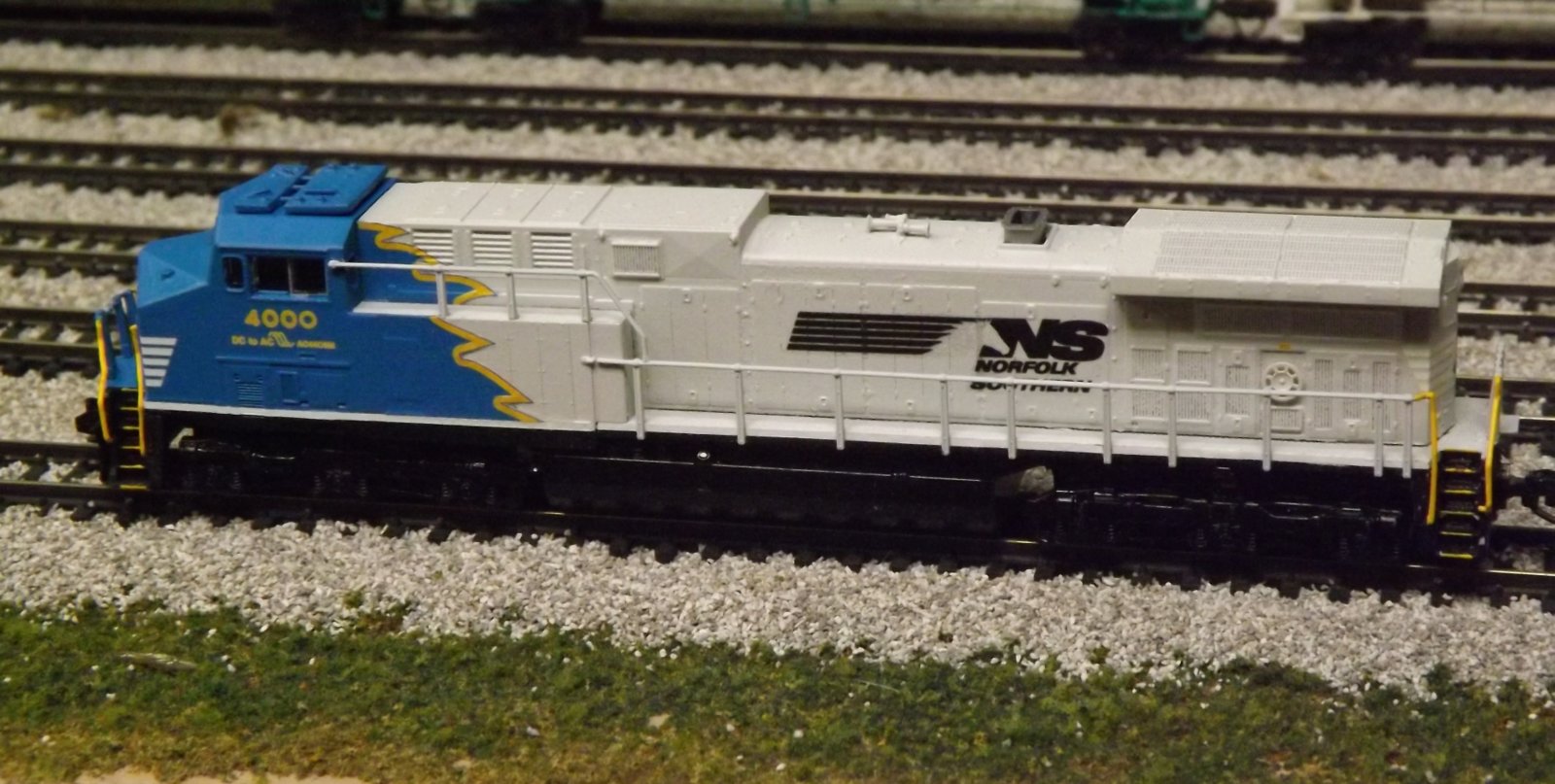 I am impressed. I am hesitant to do this on one of my HO Locos. What you have done with N scale looks amazing.