Life as an Engineer: Have you ever hit a car? 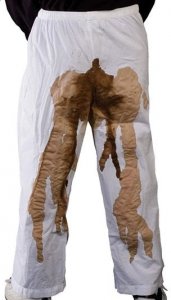 I had a teenage female make an insurance claim with me. She stated a train hit her, and she wanted my company to sue the railroad.

Subsequent investigation revealed she fell asleep at the grade crossing, her foot came off the brake pedal, and she rolled into the slow-moving freight train.

JazzDad, isn't it amazing the times we live in where the young are thinking someone else is responsible for their irresponsibilities.
D

Two stories with one incident.

Part 1. I was riding on the caboose of a short local across Kansas, I was the only one on the caboose. All of a sudden the train goes in emergency (never a good sign), there is a huge cloud of dust (even a worse sign.) As we go sliding through the cloud we go over a grade crossing and I can see there is a car in the ditch. Really bad sign. The train stops with the caboose about 2 cars past the car, so I get off and start running back to the car. When I go about 20 ft from the car the thought goes through my head, "do you really want to look in there?".
But I did and he was banged up but alive, a passing car stopped, and the driver was a nurse so she helped with first aid and the engineer called for an ambulance.

Part 2. So the everybody but the engineer was back at the car and two other cars had stopped and we were waiting for the ambulance. This olive drab Huey helicopter flies over us and then starts circling the scene, it goes around a couple time and then lands in the field across the street. Two Army National Guard airmen get out and run over. They wanted so bad to fly the injured driver to the hospital, but they weren't a medivac copter so we turned them down. They were crushed they weren't going to get to rescue the driver.

It was a crossing on a sharp curve where people often parked too close to the tracks. As the crew was busy concentrating on the busy crossing, they sometimes wouldn’t notice a car that just didn’t quite clear.

In one case, the guy was in the tavern across the street. His car was banged up but drivable. I said we were going to pull clear of the crossing. He pulls his car clear and... takes off. Worried about being drunk. What was stupid is that he wasn’t driving, not even in the car. Coulda said “I was sober when I parked. It’s legal to be in a bar and be drunk.” He got in way more trouble than it was worth.

Tried to have the cops ticket me for hitting the car. Instead he gets a ticket for parking too close to the tracks and leaving the accident. Maybe a DUI too, not sure.

Gets his insurance company involved. They show up... we’re here about the accident. Ok, how’s this gonna go? Instead of sueing, the guy says “we’ll pay for the repairs. How much was it?” The boss is like “uh, umm, $200?” Shocked look. $200! “Well, yeah, we had to replace that board, bend that bracket back, put some paint on, so yeah.” The agent says “it did $8k of damage to his rig and all it did to this was break a board?” Well, and scratch the paint... He was shocked.
Last edited: May 10, 2020

Only once. I was finishing up my tour as 7AM - 3PM Hostler at Wilmington (DE) Engine House.
Last move was grab three Baldwin shifters fresh out of the shop, off the lead. Since they were fueled and sanded inbound before their shopping, there was no need to move them to the service track. I had to bring them down the ladder to the inspection pit track, then reverse direction to the turntable, and store them in the circle. (Old outside steaming tracks). The Laborer was on the front, and I was properly pointed long hood lead on the leading end of the movement. As I came down over the pit, I heard someone screaming in this awful unnatural howl. I immediately made an emergency application, thinking possibly the laborer fell off. As I came to a stop, the laborer popped out his head and signaled stop..not a good sign. I still heard what sounded like sobbing. I got off on the fireman's side, and there stood the A tour crew clerk, sobbing. His 1964 Pontiac was a piece of crumpled metal, squezed between the concrete base of the lube oil tank, and the Left front corner of my engine. He had pulled his car in between the inspection pit and the building, so he could wash his car using the hose normally used to water the engines. Totally destroyed the car, the engine steo had to be straightened.