I have a new DigiKeijs LocoNet starter kit with cables that includes a DR4088LN and a DR4088 unit and connecting cables. This allows 32 sections of your layout to report occupancy over LocoNet. I've decided to get the RailCom compatible version from Digikeijs and so am putting this up for sale. Has never been opened (except to lift the flap to check the contents) and the contents have never been removed.

Compatible with ANY Loconet based DCC system. (You do not need the Digikeijs command center)
Price is $90 and includes shipping inside the US. Additional shipping due for outside the US shipments.

Here is the factory description (as lifted from other sites):

This feedback startkit with 32 integrated occupancy indicators is designed for monitoring 32 sections of track and is rated up to 3 Amps. The modules comprises four sections of 8 indication points, where each section has its own separate common. The network connections allow the modules to be placed up to 10 metres from each other.

(images are actual product I have for sale) 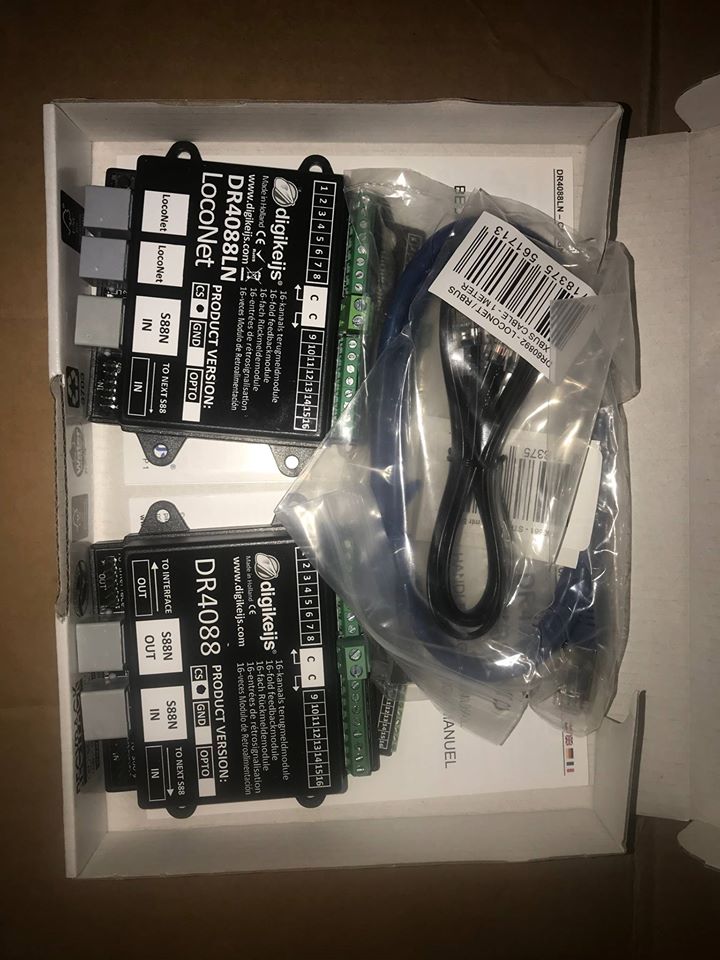 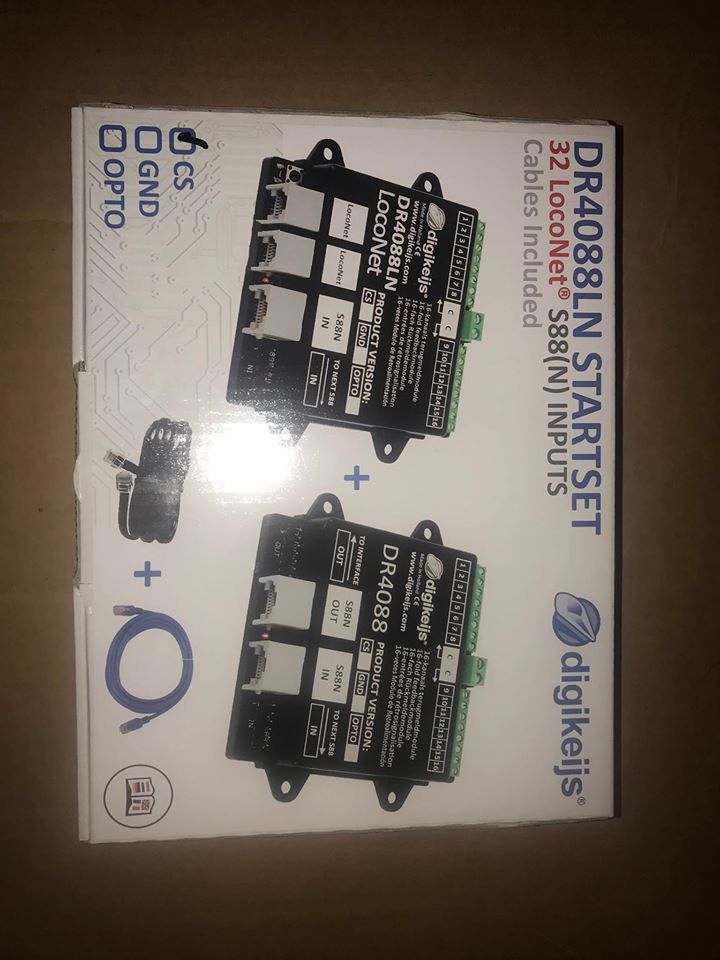