Fergie you got those lobster yet for Flo.
watched a tv show a while back which shed new light on the whole global warming story, basically the main event took place 100 years ago and it's taken this long for the oceans to warm up, the warmer the oceans get the more carbon dioxide is given off, what started the ball rolling i can't just remember Mmm.

Am I the only one here that's Ready For The Weekend?

Oh yeah, Flo, how a slice of key lime pie and a Coke? That should hold me till supper...

Crappy Morning from the foggy North Atlantic, No end in sight, no land in sight!

No Steve the way it was explained was the warmer the oceans are the less it's ability to absorb Carbon. At present the difference is about 4 mega tonnes a year. So At present the Oceans give off 100 mega tonnes of Carbon and absorb 104 Mega tonnes. Though don't quote me I may have gotten the mega confused with another unit though I'm pretty sure it was Mega tonnes. The other number I was given was 550 Mega tonnes which is the total amount of Carbon contain within our Oceans. As you can see it's all about balance.

Anyway I must run! And believe it or not I have NOT seen an "Inconvenient Truth" These are the numbers given to me by the Scientists that gather this info. 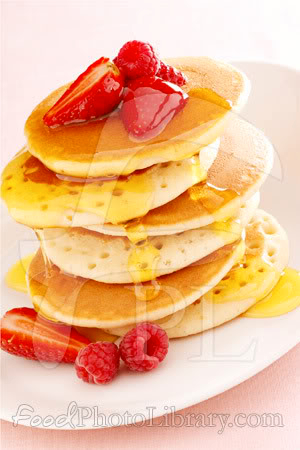 Good Morning from sunny Buffalo ! Bill , Fergie & Jeffrey, sorry about the fog out there Fergie. Hope it clears up for you .It's just another beautiful day out here. Hope everyone else has a nice day too! P.S. Grandeman nice video there !!! Oh yeah Flo a nice cup of hot coffee and rye toast on the patio !
Last edited by a moderator: Jun 22, 2007

Morning fellas!! Man I'm glad it's Friday maybe I can catch up on some sleep this weekend and hopefully no more rain. It's been bad enough lately that some farmers I know are actually going to turn their crops in for insurance because the wheat has been knocked to the ground by numerous storms we've had around here. Well hope everyone has a great day and weekend.

We have had some great weather the last few days. Today is supposed to be another one. It was 68 F when I left the house this morning and the high is supposed to be 81 F with clear blue skies. As a matter of fact the whole weekend is supposed to be clear with highs in the high seventies and mid eighties. Last night was a pleasant night to cut the grass in the back yard.

I finished painting the grab irons on the Walthers gondola. I sealed it along with another gon and six Athearn steel reefers in preparation of weathering them.

This weekend is the first in ages that we have nothing planned. No games, no required shopping are on calendar. We are not sure what we’ll do. My wife is thinking about taking the family to the Delaware Museum of Natural History and give us a tour so she can practice what she has been learning the last couple of weeks.

I would like to work on getting the garden railroad running. I cleared the right-of-way during the weekend. I need to check and see what track problems have been caused by the winter. I also need to finish ballasting the line. I also have the two Walthers USRA gondolas and the six-pack of Athearn MDT 40’ steel reefers to weather.

I hope everybody has a good day.

This is so bad I had to share it.

A frog goes into a bank and approaches the teller. He can see from her nameplate that her name is Patricia Whack.

Patty looks at the frog in disbelief and asks his name. The frog says his name is Kermit Jagger, his dad is Mick Jagger, and that it's okay, he knows the bank manager.

Patty explains that he will need to secure the loan with some collateral.

The frog says, "Sure, I have this," and produces a tiny porcelain elephant, about an inch tall, bright pink and perfectly formed.

Very confused, Patty explains that she'll have to consult with the bank manager and disappears into a back office.

She finds the manager and says, " There's a frog called Kermit Jagger out there who claims to know you and wants to borrow $30,000, and he wants to use this as collateral."

She holds up the tiny pink elephant. "I mean, what in the world is this?"

The bank manager looks back at her and says ...

"It's a knickknack, Patty Whack. Give the frog a loan. His old man's a Rolling Stone."

Happy weekend all and hope your honey-do's are short and your play is long.

Flo, I am ready for lunch. How about a grilled ham and cheese sandwich and some of Eric's key lime pie. Invite the boys over to the table and give them what they want.

Eric: Talking with Glenn, he suggested that sometime you and a couple of guys sponser an ARG over at his place. It would have to be well coordinated, as he may have to relocate.

how ya'll doing
just done a quick walk round an old mine and brought back some treasure as the boy's call it, lumps of coal, big old iron bolts, insulators of telegraph poles, that kind of stuff, had to cut it short as a storm was brewing, we have just had 2" of rain in a half hour, boy o boy it poured down and has just started again.

Being retired as I am I am glad that somebody mentioned that it is the weekend. Otherwise I might not know, ya know.....

Mouse, that is awful (gag, gag, gag). Of course i copied it and e-mailed to almost everyone I know. LOL

Steve I think it's already the weekend where you're at, be happy to "fancy a brew" with ya...

Tom, Just think - if you put up a garden railroad, when you work on it you can classify it as a honey-do ("yard work")

This %$^&* swimming pool has been the center of my life this past 5 days, someday I may actually have a life again. With assistance from the entire family I got the new liner placed in the pool rim on Wednesday evening. Added water to it s-l-o-w-l-y by running the water only one hour at a time with 4-hour intervals in between (we're on a well, not city water). Needed to get at least 10" of water in it to stabilize it before the water truck could bring the rest. Then on Thursday evening we got hit with some surprise T-storms, I was sweating bullets the whole time hoping the pool wouldn't be collapsed by a wind gust. Water truck finally came at 9:00 this morning and filled it the rest of the way. Now I just have to put back on all the hardware I removed to get the old liner out. Trains? Maybe in a few days...

Ken how big is the pool, have you a picture
Ray Don't forget,,,it's the weekend

AND ANOTHER ONE TAKING A STROLE

Interesting twist on an old joke but it still brought out a grin.