A street corner in Lisbon

Hello. !
After some time without boring you, I come to show some pictures from my diorama. 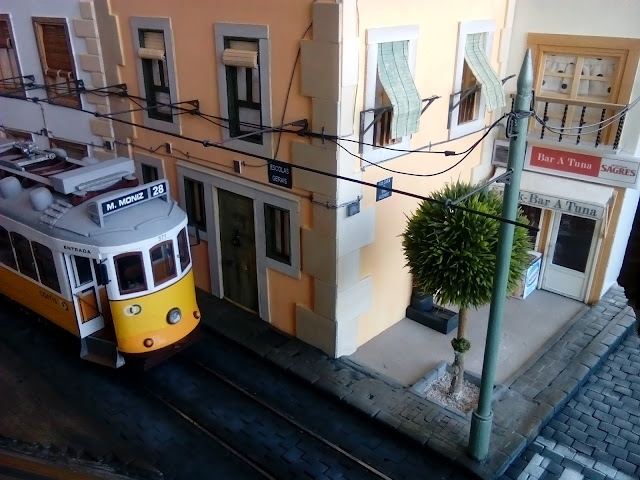 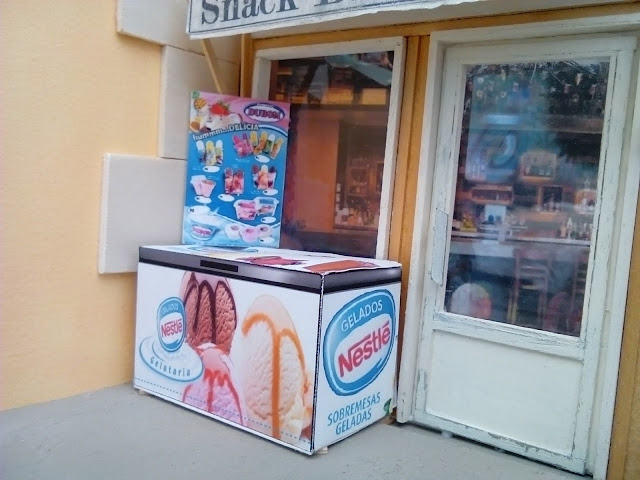 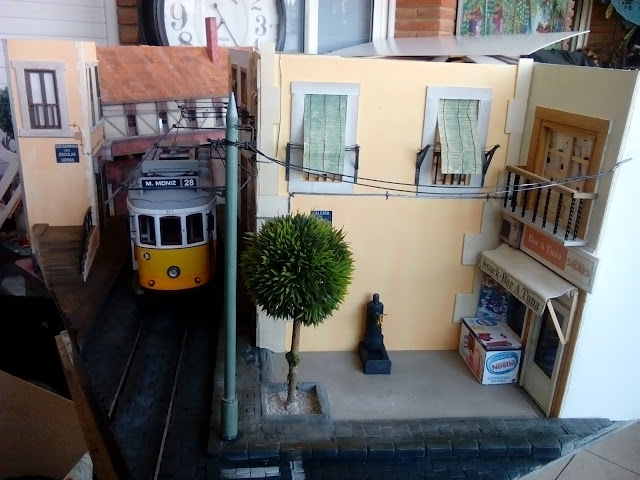 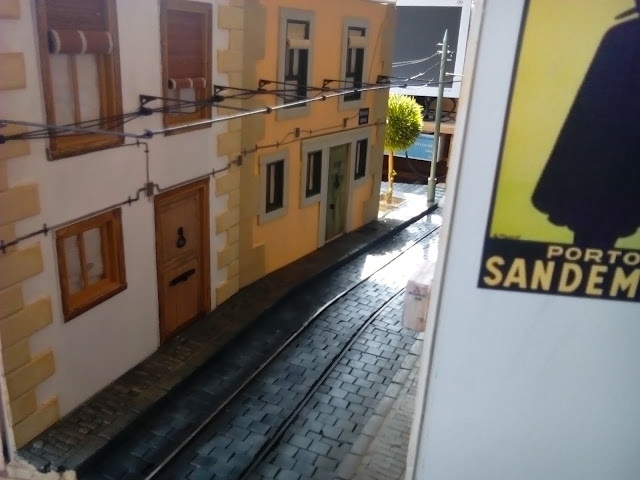 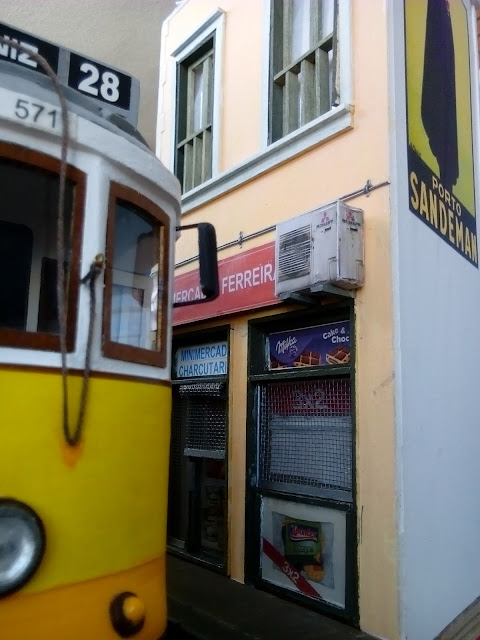 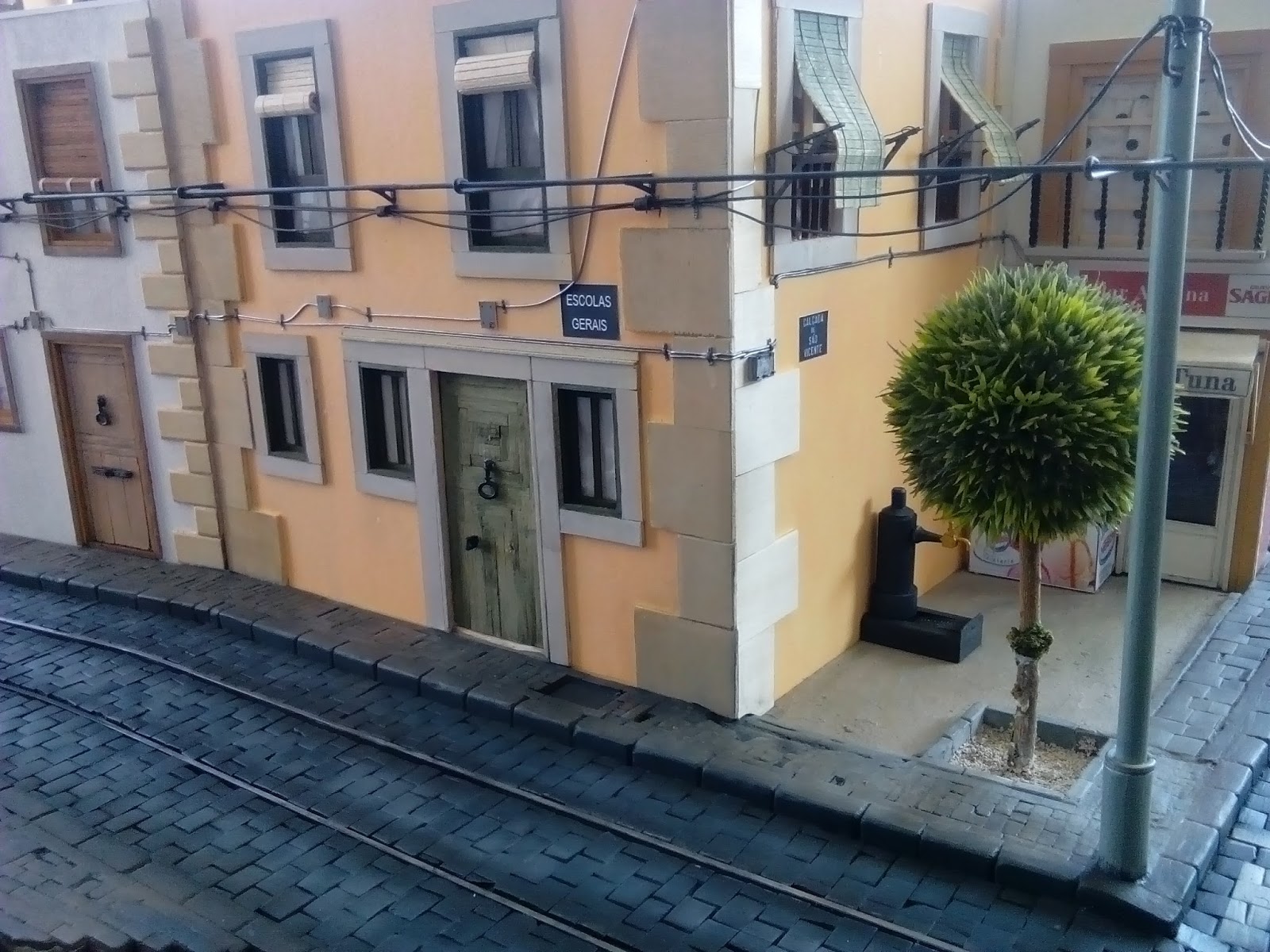 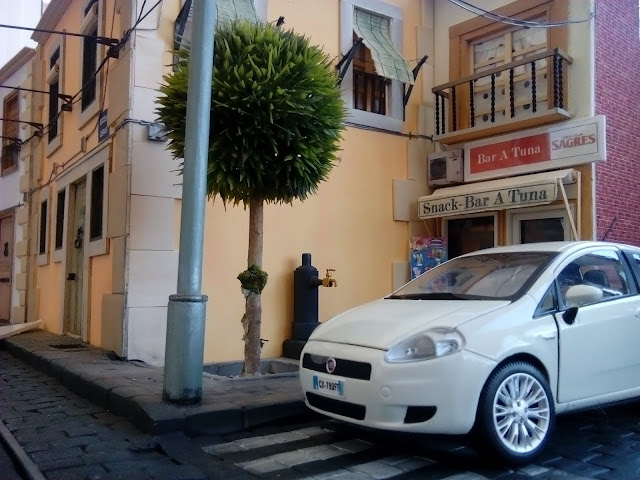 Great shots and very nice scenery. I really do like your cobblestones, they look stunning.

Very nice work. Amazing detail. I'm gonna guess that its a larger scale (maybe G scale?). What scale is it?

Thank you very much.

Staff member
Xavier, there is no way you could bore us. With modelling of such high quality and pictures to show us, please, show us more.

Fantastic looking scene, and by the way welcome back Bud!

Thank you very much guys for your kind comments.
Regards

Very nice! Lisbon is one place I always wanted to visit. Your beautiful work is almost like being there.

Beautiful work. The details are second to none. Quite impressive.

Staff member
Wonder do they promote tram travel with the slogan "Door to door". There's one thing about 1:24 scale, should be plenty of modern vehicle models to choose from.

Staff member
Xavier. What are the overall size of your diorama?

I really loved working flights to Lisbon back in the 70's. I think maybe I was on that street corner at one time?
When out and about - I used to just stop and watch the workers laying the stones, with patterns, in the streets very quickly.

Thank you very much for your kind words.
The overall size is 31 inches long x 19 width x 18 high
This is another version from the same subject. It's smaller ... 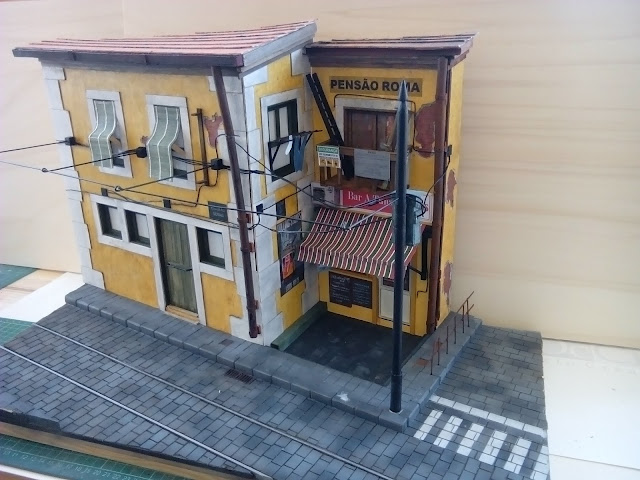 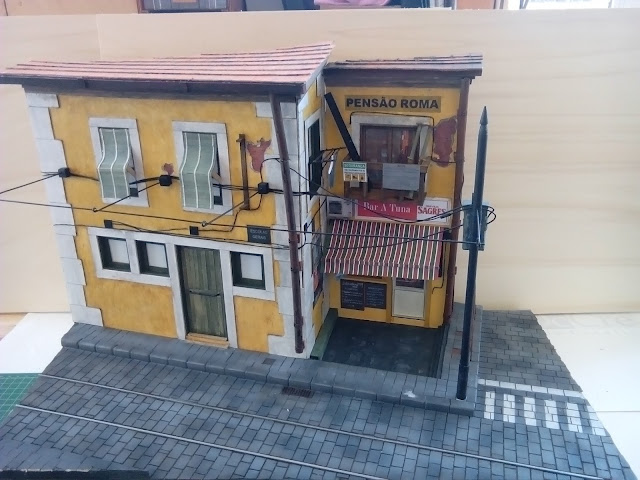 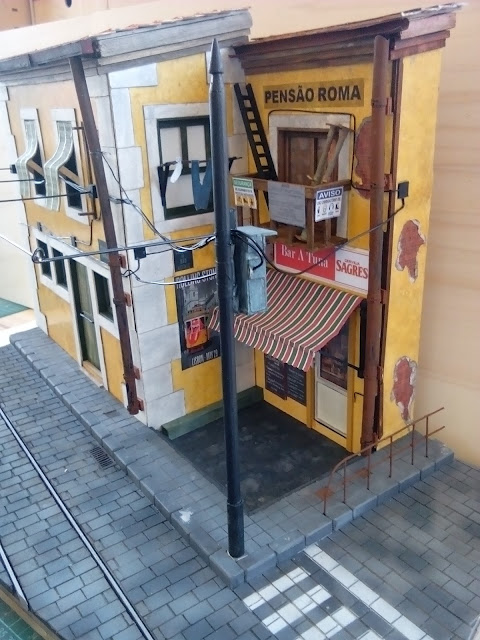 Staff member
If you went into the Snack-Bar and asked for fish and chips, you wouldn't get Tuna, seems there is a bit of inter-lingual signage going on there. The Snack-Bar is obviously English, but the Tuna had me puzzled. From what I could glean from Google it's either a group of traditional street musicians, or a fruit something like a Prickly Pear. Going by the ice cream freezer clue outside would a fair translation be Fruit drinks Bar? Also the SAGRES sign wouldn't translate apart from being a town in northern Italy, but just entering the word, it turns out to be a Portuguese beer, now owned by Heineken.

Hi. !
In Europe, we have a many words in every language (French, Spanish, German...) that come from English, like bar and snack-bar. Except in England you have very difficult to find "fish & chips".
About word tuna as bar's name, I don't know which of the three meanings refer. But knowing a little about Portuguese cuisine, I guess refers to fish. Is widely used in Portugal.
"La Tuna" or "Estudiantina" is not exactly a group of traditional street musicians. Is a grouping or sorority of college students, wearing old clothes college, the image of the ancient goliards
Sagres in Portugal is ilke Bud Beer in Usa. Budweiser is a German adjective on the city of Budweis, the German name of Ceske Budejovice, a town in Bohemia, Czech Republic.
And, tuna as a Prickly Pear, is a Mexcican use of the word tuna and refer to nopal fruit, a different plant. In Spain, prickly pear is "higo chumbo" higo means fig, and chumbo not have any translation.
Hope this is useful.
Regards
You must log in or register to reply here.
Share:
Facebook Twitter Reddit Pinterest Tumblr WhatsApp Email Share Link